In this article, Bandwidth and Frequency will be discuss in detail with very realistic and reliable examples.

We use hundreds of TV channels today but did you notice why some channels are cheap and some are expensive?
The stronger the bandwidth of the channel, the stronger the speed, which means that the data will be more able to process information.

Bandwidth is a commonly used term in today’s digital media.

Bandwidth; There is a total range of frequencies.

And in this way, a person also listens and speaks at the frequency of Bandwidth.

Today we will understand this as –
Band + Width ie
Band = strip, or bundle of waves
Width = the measurement or extent of something

Now, if we consider the band to be waves, any mixed liquids or water, and round the pipe to the width, the wider the pipe, the greater the amount of water.

The same happens in the exchange of our data.
Now we will talk about Frequency, so the word is formed from Frequent ie fast, fast, and finally suffix cy is added to it then it becomes frequency ie frequency, vibration, or repeatedly.
This frequency has a wavelength.

Meaning the frequencies that move down around the main frequency are the length of their waves.

Like what if we say the main frequency
If 300, then 2 more frequencies below it
Which are in 250 and 350 respectively.

Whereas the main frequency is 300. Now the width between 250 and 350 speaks only bandwidth. There are smaller frequencies between them.

Now when we connect it here with Bandwidth, it quickly reaches the bands ie Receiver which is within the bandwidth.
This is the frequency of Bandwidth that we measure in Hertz.

It is also worth noting here that we measure the digital form of bandwidth in bps.
While analog forms measure in hertz.

Yes, here bps mean bits/seconds.
Because where memory is relayed bps like kbps, Mbps it is bytes/second.

Now in short or short,
Bandwidth works to deliver data in a fixed amount of time.
In this way, every signal has a bandwidth.

To make this topic more interesting, we will present our point by example in the combination of both practical and digital.

You can see that,
If the service provider Range i.e distance or area (low) keeps frequency low, then data speed increases.

At the same time if the frequency is high by making the Range
If it reduces to low, then the data speed becomes normal/low.

Its best example is wifi which provides highspeed data in the low range.

All mobile manufacturer companies already have Bandwidth capability set up for cell phones.
If the bandwidth of the phone increases, then the rate of mobile or television will also increase.

Mobile service providers also set the data for a fixed limit and a fixed time.
If our mobile works on a fixed bandwidth, it will not receive the signal if it gets more or less bandwidth.

At the same time, the bandwidth of television would be very high such as 4.2 MHz. So we are able to enjoy video, audio.

That is, if we want better communication and video audio from mobile, then its bandwidth should be high.

Since this data is wireless communication, it moves through the electromagnetic (waves) medium, hence its bandwidth is lower.
At the same time, the bandwidth of wired communication is more.

Now we will take the following practical example to make this topic more interesting.

The primary source of sound is the air coming into our bodies.
Vibrations are produced in our vocal cords when we speak, they are very rapid about 100–1000 times per second.
Which is controlled by muscles of the larynx.

The vibration of the vocal cords and the coordination of the Larynx produces a set of waves that let us hear that sound. This set speed is the frequency.

To say that when a sound is produced, it involves two things. The first is –
Frequency.
Second around this first one i.e Main Frequency
Frequencies that move simultaneously.

When the sound is produced, it reaches our ears through air or liquid. These sounds collide with small particles present in the air and reach our ears and we are heard.

It is then converted into these electromagnetic waves and then volts for the purpose of remote communication.
These signals are sent only in communication.

Electromagnetic because they have both electric and magnetic properties.

Electromagnetic radiation travels at the speed of light (three million kilometers/second) in the form of radio waves.

Now we look at some factors related to the frequency of our main topic bandwidth.

At the same time, there are some creatures that can respond to the sound of more or less Hz.

If you liked my post, do not forget to share it on social media and with your friends and if you have any suggestions or questions, do comment. 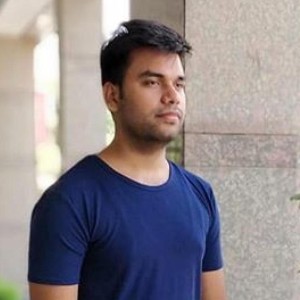